Modeling of the diffuse light of a night sky

The mechanism in which multiple scattering influences the radiance of a night sky has been poorly quantified until recently, or even completely unknown from the theoretical point of view. The relative contribution of higher-scattering radiances to the total sky radiance is treated analytically for all orders of scattering, showing that a fast and accurate numerical solution to the problem exists. Unlike a class of ray tracing codes in which CPU requirements increase tremendously with each new scattering mode, the solution developed here requires the same processor time for each scattering mode. This allows for rapid estimation of higher-scattering radiances and residual error that is otherwise unknown if these radiances remain undetermined.

Multiple scattering effects are generally low if distance to the light source is below 30 km. At large distances, the multiple scattering can become important at the dark sky elements situated opposite to the light source. However, the brightness at this part of sky is several orders of magnitude smaller than that of a glowing dome of light over a city, so we do not expect that a partial increase or even doubling the radiance of otherwise dark sky elements can noticeably affect astronomical observations or living organisms (including humans). Single scattering is an appropriate approximation to the sky radiance of a night sky in the vast majority of cases. 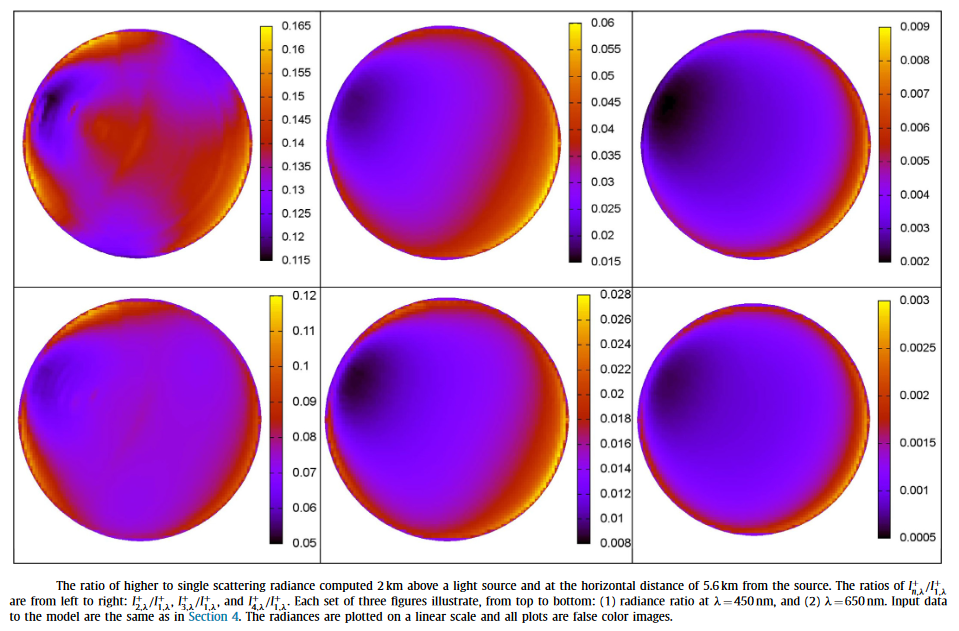 Population vs. lit area based approaches

The total lumen output (TLO) from ground-based artificial light sources is required in a wide range of light-pollution models currently in use. No realistic assessment of diffuse light levels in the nocturnal environment is possible if the information on TLO is missing. Traditional approaches to skyglow modelling, if no lighting inventory is available, foresee to estimate TLO based on population and average amount of lumens per capita. However, a model based on the area of artificially lit surfaces can reduce uncertainties in estimating TLO by 25 per cent for compact urban areas of defined centres and autonomous character and even 50 per cent for diffuse cities with small satellite towns interacting closely with the main city. The new model could be of great significance to the community of light-pollution researchers, especially astronomers, physicists, and modellers who use TLO routinely in light-pollution modeling. 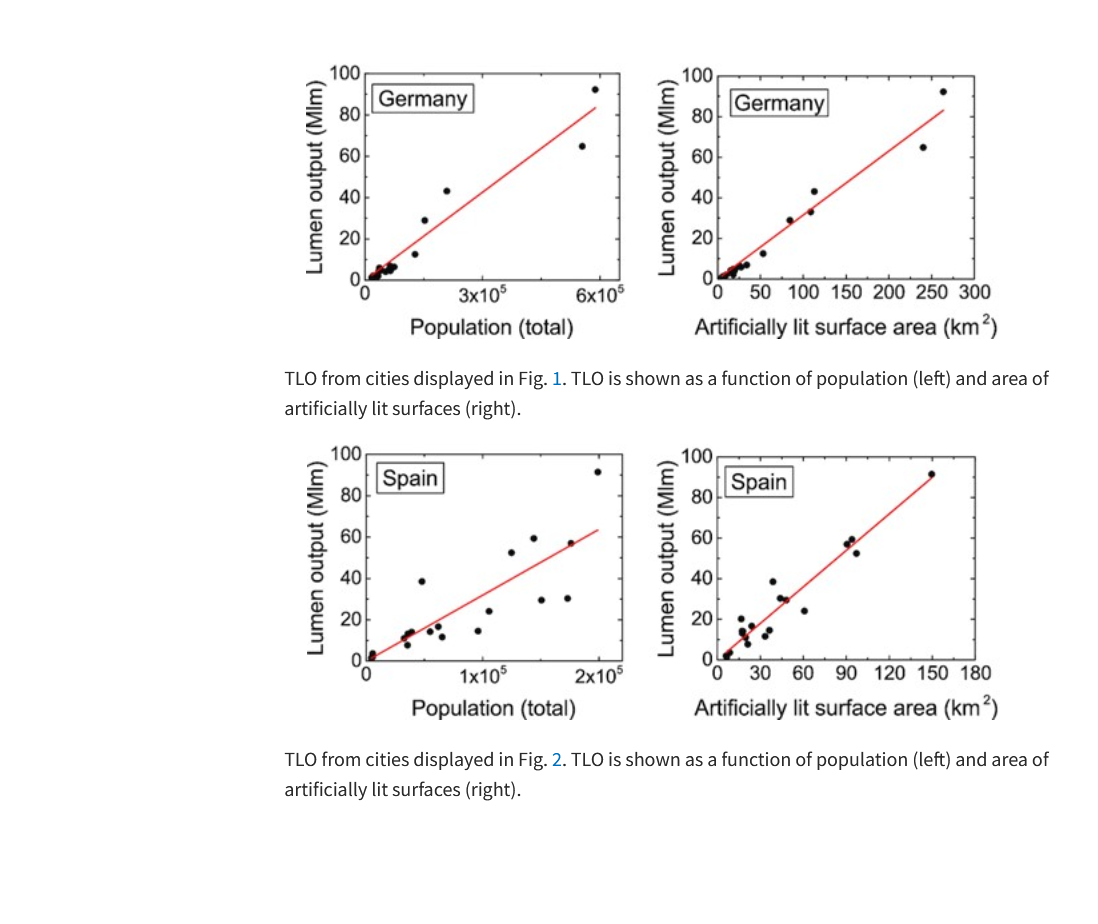