In the department of mechanics, there is a group of research workers which are interested in the analysis of mechanical, thermal and other loads applied to continua, first of all to solids. From the physical point of view these investigations concern the mechanical fields (stresses and displacements), temperature, acoustic and electromagnetic fields including their interactions within a phenomenological theory.

Research interests & achievements
Since the governing equations for interacting fields as well as the constitutive equations (which are responsible for influence of the material media on the physical fields in the phenomenological theory) are well known, the research activity of this group is oriented to the development of modern computational methods applicable to solution of boundary value problems for bodies of arbitrary shape with prescribing general boundary conditions. Thus, in the considered problems, the spatial dimensionality varies from one to three, the evolutionary processes are either stationary or time dependent, and the relationships among the physical fields in the constitutive equations are either linear or nonlinear.
Both the geometrical shape complexity and the variability of boundary and initial conditions during the exploitation of real engineering structures yield serious reasons for development of advanced numerical computational methods.
Moreover, in some very complex problems, it is desirable to have at least two independent methods which could be employed comparatively. It is known that the most often used method in this field is the finite element method (FEM) and an alternative tool for designers is the boundary element method (BEM). 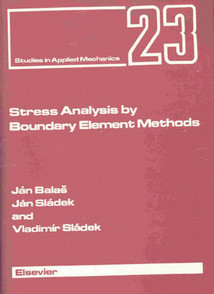 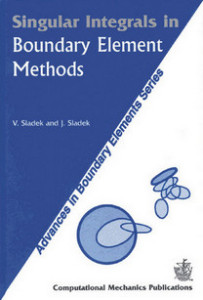 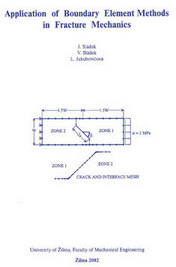 Most of the practical applications of this group are typical of non-classical problems which could hardly be solved by using commercial packages of computer codes. For illustration, one could name such problems as:
• optimization of the reduction radius of pressure vessels necks in nuclear reactors
• development of the handbook of the stress intensity factors for interior (elliptical) cracks and edge (semi-elliptical) cracks in pipelines as well as for quarter-elliptical cracks in necks for a wide variety of geometrical parameters
• computation of thermal stresses in pressure vessels with austenitic cladding at the annealing and temperature shock (cooling of reactors with a cold water).

Current Research
Despite the great success of classical computational techniques (FEM, BEM), there are serious limitations of these methods especially in case of applications to problems resulting in large distortions of elements, to problems with continua separation or problems with free moving boundaries. Another complication appears in case of media with continuously variable material properties, when the problems are governed by partial differential equations with variable coefficients.

Recently, one can observe a rapid development of various meshless methods with applications to a wide variety of scientific and engineering problems. The department of mechanics has taken part in this development from its early stage by contributions devoted to computations in functionally graded materials and crack problems 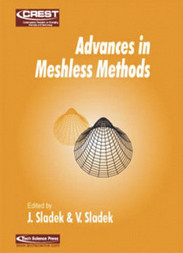