In miniature structures of several micro / nano meters, the so-called size effect was observed, i.e. the dependence of the results on the size of the material structure. This effect cannot be described by classical continuum mechanics because it is not contained in the constitutive equations of classical theories. Therefore, it is necessary to use a generalized continuum theory such as gradient elasticity, which takes this effect into account. Piezoelectric phenomena do not occur in centro-symmetric materials. The presence of deformation gradients disrupts the inverse symmetry of the crystals and induces polarization even in centro-symmetric crystals. However, this so-called flexoelectric effect becomes observable only in bodies with dimensions close to the characteristic lengths of the microstructure of the material. We designed advanced computational approaches for the analysis of flexoelectric effects in dynamically loaded piezoelectric bodies and determined the influence of the micro-inertial length scale parameter on the mechanical and electrical response of piezoelectric components, such as beams or plates with cracks. 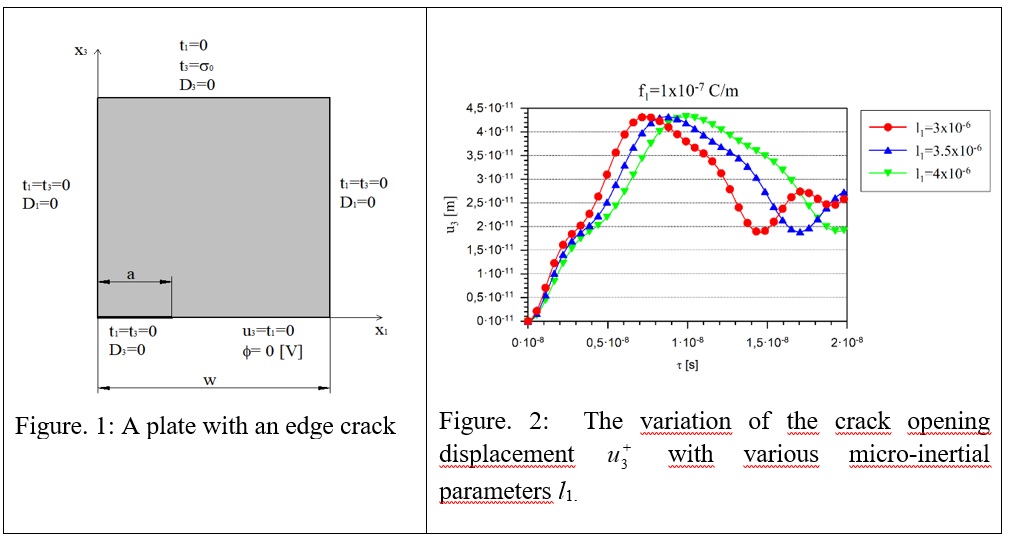